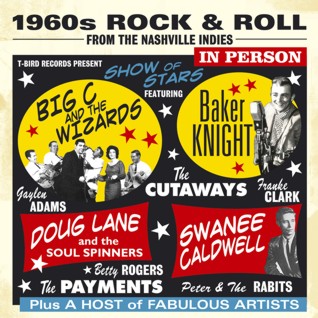 Nashville is known the World over as Music City and though it is mostly identified with country music it has always been a place where all types of music have been played and recorded. Buddy Holly, Gene Vincent, Little Richard and Elvis Presley all made some of their earliest recordings in Nashville.

This collection focuses on some of Nashville’s smallest independent labels and their most obscure releases. It is a footnote in the long history of Nashville as The Music City and a fascinating glimpse into the small 1960s labels.